The first music I ever bought was Baker Street by Gerry Rafferty as a 7″ single on vinyl. I’d recently had some pocket money and I recall hearing it on the radio. I caught the bus to Bargoed from our village, Penpedairheol (Bargoed is a small town in the Rhymney Valley and Penpedairheol is a small village – both is south Wales). It was a Saturday morning and I remember being very excited to have finally bought my first record. It was February 1978. I had just turned fifteen. 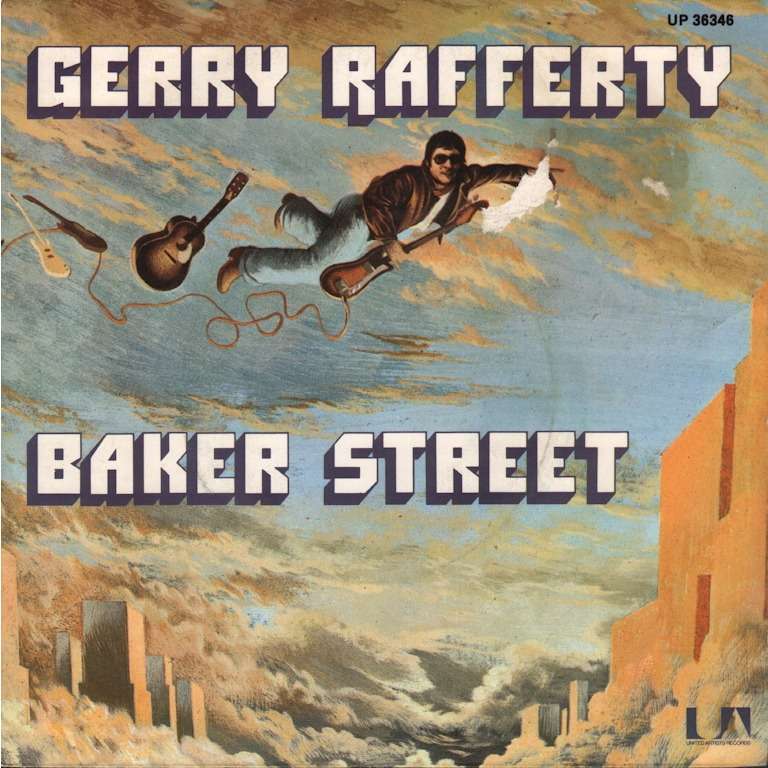 I played it to death. You can still pick up decent original vinyl copies on Ebay.

Myths and legends
The album City to City (1978), including Baker Street, was jointly produced by Rafferty and Hugh Murphy. In addition to a pretty decent guitar solo by Hugh Burns, the song featured the now legendary saxaphone riff played by Raphael Ravenscroft.

There was a story that Ravenscroft received no payment for his contribution even though the song netted Rafferty an estimated £80k a year for a while (a pretty decent sum in the late seventies). Apparently a cheque for £27 given to Ravenscroft bounced and was framed and hung on his solicitor’s wall. This was later denied by Ravenscroft during an interview on the Simon Mayo Drivetime Show on the 9th February 2012.

Stuart Maconie also suggested that Bob Holness had played the sax, in an article for NME (New Musical Express). This particular urban myth did the rounds for many moons allegedly.
…

We’d love to hear about your first music.
Drop us a line at hello@goodlifepublishing.co.uk and put Music Life in the subject bar.